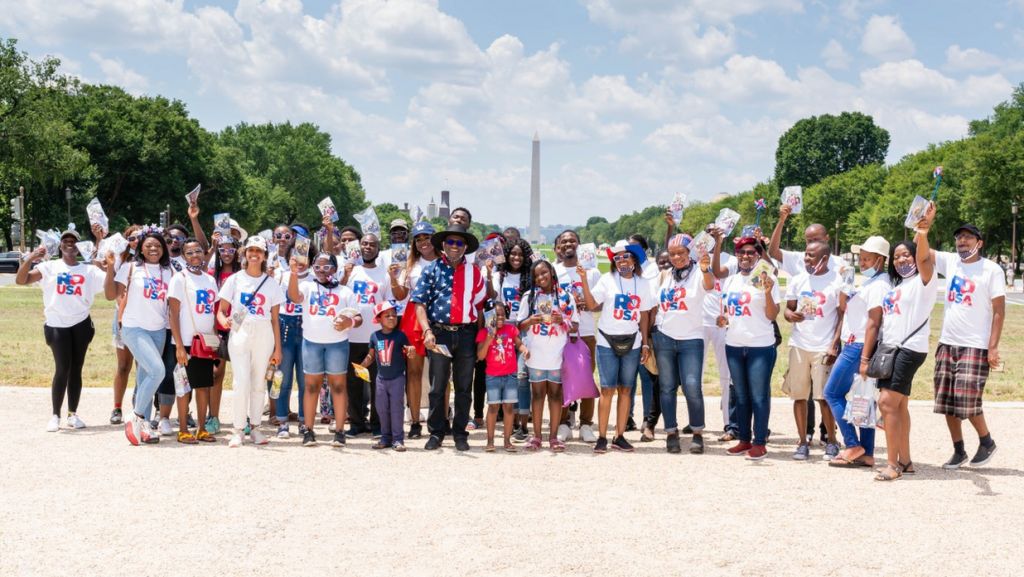 On July 4th, Christ Embassy USA, kicked off the special ReachOut Campaign in celebration of the United States of America's independence. ReachOut USA (ROUSA), is a nationwide evangelical campaign that involves the free distribution of ‘Rhapsody of Realities’ to people all over the country. The annual event is the biggest celebration and outreach event across the U.S.A.

The campaign, which will run for an extended period of time, was flagged off in the nation's capital city, Washington DC. Members of Christ Embassy, Largo, went out en-masse in beautiful costumes, to spread the Gospel with free distribution of the Messenger Angel. The nationwide outreach will spread across the country, lighting up every community, city, country-side and every state with God’s Word contained in the Rhapsody of Realities.